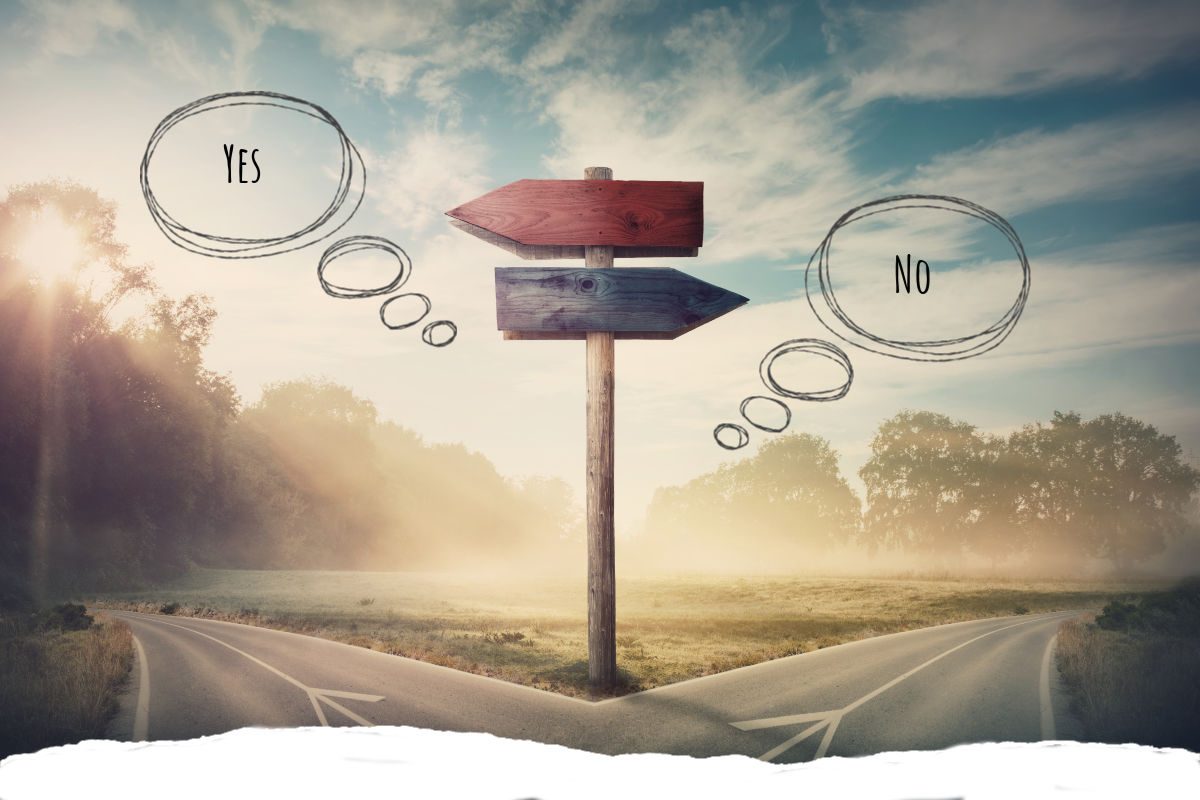 Yes vs. No – The Debate Unravelled

I know it is because I have suffered from it my entire life. So much so that it’s crippled me at times to the point that I just need to get shit done but instead, I’m saying yes to things that completely drain me of my focus. Maybe this sounds like you? Take comfort in knowing we are in good company.

Shonda Rhimes, creator of Grey’s Anatomy and a host of other award-winning shows, wrote an entire book on her “Year of Yes.” Mind you, that was only after she had confessed to a lifetime of saying “No” to apparently everything. No wonder she was so successful. She had an unwavering idea of what she wanted to achieve. And her “yes vs. no” dilemma was more spawned by her fear of the unknown than her inability to maintain focus, but whatever her motivation…she is now firmly on team YES. Or at least I think she is since I’m only at about chapter seven and she’s still in February of what I can only assume was a very long year.

And in his famous commencement speech given at Berkeley U, Eric Schmidt, former Google CEO said:

Even if it is a bit edgy, a bit out of your comfort zone, saying yes means that you will do something new, meet someone new, and make a difference in your life, and likely in others’ lives as well.  Yes lets you stand out in a crowd, to be the optimist, to stay positive, to be the one everyone comes to for help, for advice, or just for fun. Yes is what keeps us all young. Yes is a tiny word that can do big things. Say it often.

The complete commencement address can be found here.

I like the sounds of all that. I’ve worn my tendency towards the affirmative with smug arrogance. You know…The same way some people in interviews say their fault is that they are a perfectionist. As in…look at me. I always say yes. It’s a fault when deep down I was thinking…meh…I should be applauded for all these yesses I give.

When you’re earlier in your career, I think the best strategy is to just say ‘yes’ to everything. Every little gig. You just never know what are the lottery tickets.

I always felt, yeah that’s me.

And I can’t be the only one who feels pure sadness for the girl who just left the room. You know the one. You are at a networking function where they are giving away a seven-night stay in an all-inclusive over-water luxury bungalow but only after you’ve agreed to sit through hours and hours of an endless sales pitch. She finally throws in the white flag and announces she’s had enough. She passes you her business card and says…it was nice to meet you but she’s going home. You watch her with deep-seated envy wishing you could follow her out when all of a sudden. You hear the announcer call out Amy Smith? Is there an Amy Smith in the room?  You look down at the business card she’s just given you and think…poor thing…had she only stayed.  That is always my fear. I don’t want to be “that” girl.

And besides, no is boring, right? It’s negative. Who wants to be negative? I think there is much power in leaping forward, not knowing if there is a net. Living life on the edge. I’ve always firmly felt that if I just say “yes” it will always lead to better things.

All this talk of Yes just makes me feel good. I love the seat I’ve taken on the Yes train.

I’ve given more thought to the power of no recently. The truth is, my fear of FOMO that lead me to say yes to almost every opportunity, has cost me valuable time. My intentions were always pure of course. Whether I said yes to a walk in the park with a friend or an evening of Netflix with my husband.  Or a networking opportunity where I always imagined myself meeting some billionaire angel investor that would tap me on my shoulder with her magic wand. What if I said no and I missed all that? But on the flip side, how often have I sat in my office, swirling around in my fancy office chair, looking at all the half-done projects that I never quite complete because I’m always off saying “yes” to other things.

Why did it take me so long to launch this website? Did I really need to attend that Bitcoin seminar a few months back?

And that same Derek Sivers, who advised young mentees to say yes to all opportunities is also the same guy behind the famous and often quoted:

This popular quote lit up all social media platforms a few years back and has continued to do so.

Sivers talks about the importance of maintaining focus. They say it’s the prerogative of women to change their mind but I guess we can give Sivers a pass too, right? Or maybe it’s more about the balance of when to say yes vs. when to say no.

And then finally, words of wisdom from someone who many would say changed the world:

What I’ve come to painfully realize is that the problem with saying Yes to one thing is that it means you are saying No to something else. This was the valuable piece that I had missed. I didn’t have a clear enough picture of what my core goals were. Everything felt important.

I still think the yeses of Shonda Rhimes and Eric Schmidt are important. I think you should say yes to the things that thrill you and/or scare you. But ideally, these things should be steps towards your end goal.

And let’s be clear. When I say end goal…I just mean end of the week goal. Or end of the month goal and even end of the year goal. Because I think it’s important that goals remain malleable – fluid.  I would never suggest that one etches out their goals in indelible ink. But it’s important to have a loose idea of where you want to be in the coming years. You need a destination to focus on, something that you are always moving towards.

And as opportunities present themselves. (And there will be many) You need to review that goal and then decide..does this opportunity take me one step closer or off on a side trip down to crazy town that derails my efforts?

That’s what I’ve come to realize in the past few months. While I still like the idea of being that “yes” girl, it’s important to stop and evaluate every yes before choosing it.

Sometimes that walk in the park with a good friend is just what she needed. And maybe your relationship with your husband requires some extra TLC that only a night of Netflix can deliver. But maybe…just maybe, if you are being honest with yourself, “no” is exactly the choice you need to make to maintain focus and stay on track.

And that angel investor that I was afraid I wouldn’t meet if I didn’t attend the networking event that had nothing to do with my end goal…well, she’ll be there the next time. That’s the way the universe works – I’m sure of it.

And when a good friend invites you to a Pampered Chef party and she adds that she really needs your support but you’d rather have root canal work done, you say yes. You say yes because that’s what good friends do.

But if a random, shiny opportunity bounces its way down in front of you, and it does not support your key objective at that moment, then you’ve just GOT to kick that sucker well out of play. Leave that shiny distraction for the next guy.

I can tell you one thing to say “yes” to for certain…sign up for my Thursday emails. After all, Thursday is the new Friday. And you won’t want to miss out.

Yeah, if you do not say ‘no’ sometimes, you will never get off the yes treadmill

But treadmills are supposed to be good for you no? Haha. 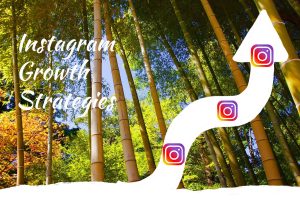 10 Mistakes That Could Be Jeopardizing Your Instagram Growth Strategy

Just as you’ve come to accept the fact that green vegetables deserve a spot on your dinner plate, you also realize that running a business 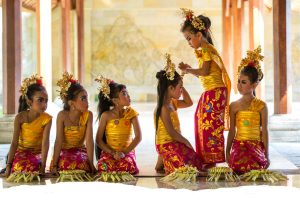 Living a Tough Life in the Travel Industry

Let me set the stage.  The heat of the sun licks my toes as, for a brief sec,  I look up from my copy of 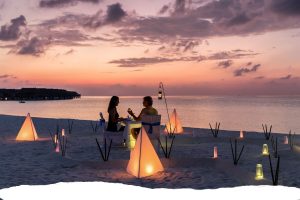 I was out with a girlfriend for drinks the other night. She also works in the travel industry. We often go out and shoot the 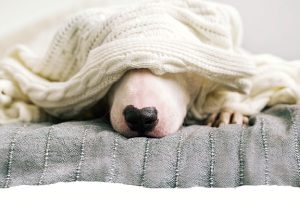 I can almost hear my editor sighing as she begins work on fixing up this week’s nasty typos and grammatical gaffes. Yes, I have a