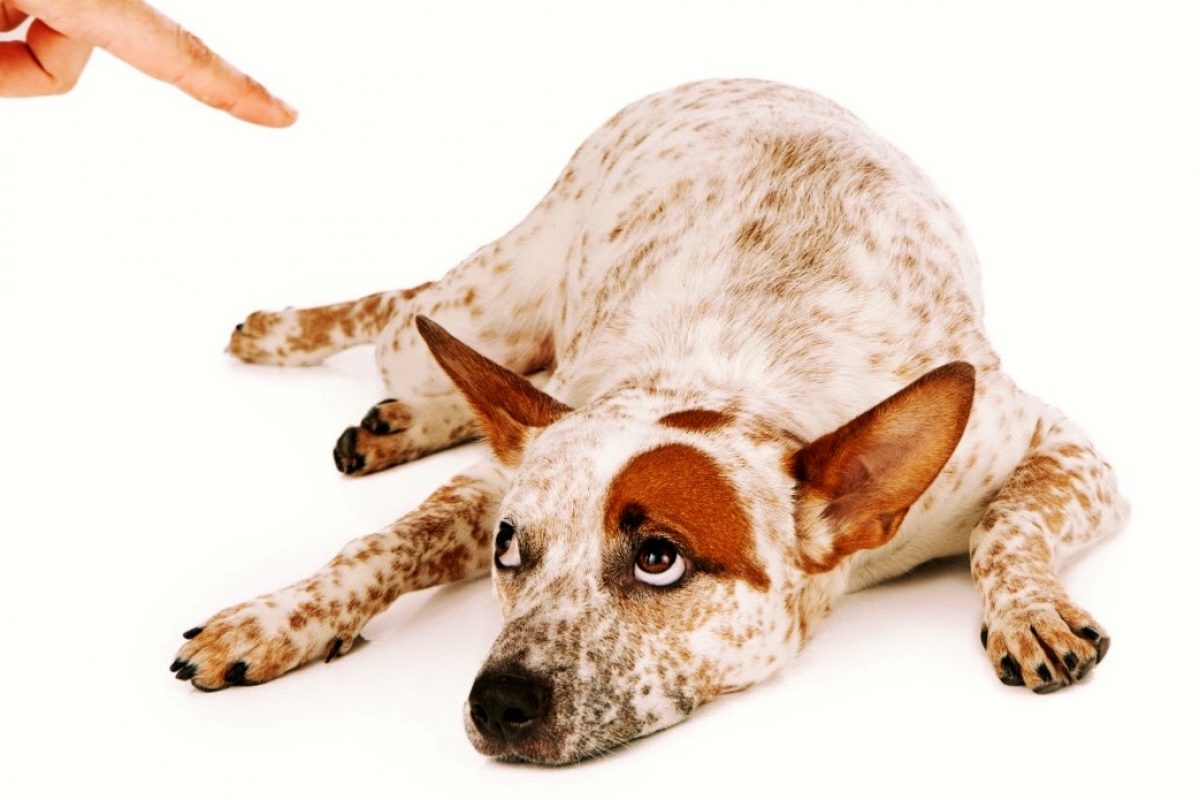 Maybe Not Your Fault But Definitely Your Responsibility

No matter who you are, nobody ever wants to be at the end of a pointed finger in the middle of the Blame Game. Just think about it. It goes way back to when we were kids.

It was almost instinctive. As soon as the teacher went looking for the culprit who left the tap running in the play area of our kindergarten room, flooding the entire place and turning the chalk into a heap of pastelly goo, we immediately either went silent or blamed poor Billy. Or maybe that was just me. Billy, if you are reading this, I am SO sorry.

I’ve seen it play out in real-world adult work environments too. Sales have plummeted. Boss is looking for answers. Heads are cast down. It was Sarah who dropped the ball. The whole room thinks it and inwardly, everyone sighs in relief knowing that for one more boardroom meeting, they will go unscathed.

The human condition is such that we are programmed for self-preservation. It’s an ego thing. We all strive to maintain our flawless self-image for fear of retribution and for fear of looking bad amongst our peers.

Remember the Howard Jones pop classic of the 80s…No One Ever is to Blame? That’s why it became a pop classic. Those are comforting words. So comforting that anytime that tune came on, while driving in our car, we’d belt out the lyrics along with Howard.

Except Howard had it wrong. The truth is, while something might not be your fault, it is always your responsibility. No one is really blameless. Now, I can imagine I might be close to losing some readers right now but hear me out.

These are my five reasons why you need to step up to the plate starting…Monday (kidding…starting now).

Growth only comes when you accept you have things to learn

Only when you honestly accept culpability for the shit hitting the fan can you begin to learn from your mistakes. People, in general, are so afraid of failure that they’ll avoid it at all costs. What they don’t understand is that failure is just part of the process.

I remember as a kid, my brother and I went skiing with my older cousin in nearby Michigan. After a full day on the slopes, we were driving back home and I announced, quite proud of myself, that I hadn’t fallen once. My brother, on the other hand, looked like Mr. Bean Does the Matterhorn and Lost. He was full of scrapes and tears in his ski gear. I was quite chuffed with myself until my older cousin looked down at me and said, “Meh…you didn’t try hard enough.” Funny, I remember that moment as if it was only three weeks ago. I was expecting his adulation, maybe an extra cup of hot cocoa but instead, he explained that I needed to fall down in order to learn. Huh.

When you dance around accepting the responsibility for things, you let yourself off the hook to learn from the mistakes that were made. Sure, maybe Sarah sucks. But if Sarah is part of your team, it is as much your responsibility that she succeeds as it is hers. That’s just the truth.

The interesting thing about accepting responsibility is that when you do it, your peers end up liking you more. You’ve shown that you can be trusted. You are relatable. And the interesting thing is, as much as people don’t want to be first to step up and say they made a mistake, if you go first, suddenly they’ll rally around you. “I guess I should shoulder some of that blame too,” they’ll confess.

Accepting the responsibility in a client/agent complaint situation can radically change the outcome of any issue. For the most part, we humans are actually pretty cool and understanding. Egos often only come out to play when someone refuses to accept fault. But when you step up and say you are sorry, you’ll take responsibility and you’ll fix it…you’ll immediately see the armour come down. Often, people just want to hear you are sorry. Was it your fault that there was a pubic hair in the shower stall…Hell No. But, you did book the hotel. So you were a little, itty bitty bit to blame, weren’t you?

You need to show empathy, it was inexcusable, and you’ll fix it.

Well, the real saying is that opinions are like…well, you know. Everyone has them and they always stink. Excuses can smell just as bad. Who cares about the twenty-five reasons why things turned out the way they did. Nobody – not even your mother!

Ever notice how some people start a response with, ”I’m not trying to make excuses, but” and then the excuse follows? It’s infuriating. Save your time. Accept that nobody cares. Instead say, “I’m really sorry that happened. I can see where I made a mistake. Let me sort this out.” If you want to go home and write out all the reasons you feel justified in making the mistake…have at it but this is something you should do in the privacy of your own home.

The blame game comes to a screeching halt. Next up, solutions

The other amazing outcome of taking responsibility for something gone wrong, and doing it early, is that it immediately ends the finger-pointing and accusatory battle of words. After all, what’s the point of belabouring an issue if fault is accepted? There is no need for an argument. You dust yourself off and you immediately go into the “Let’s figure out how we can fix this” approach” – Believe me, there is no fun in beating a dead dog (that has got to be the worst analogy EVER) but you get the point. As soon as someone takes responsibility, and works towards an acceptable solution, you can shake hands and move on.

Accepting blame puts you in a power position

My final point on this…It takes a truly courageous person to accept accountability. It shows strength and fortitude. Someone who stands up and says “My bad” is often the real leader in the group.

When you come to the realization that everything is your fault, a magical thing happens. You realize that just as you had the power to cause something to happen, you also have the power to change it.

Nobody else can be at fault for making you feel small. Nobody has that much power over you You are the only one responsible for how you feel.

The donuts on special last weekend aren’t to blame for you overeating – you are.

The dog isn’t to blame for eating your homework – you are.

The Netflix binge session you enjoyed isn’t to blame for you not finishing your paper – you are.

Your parents aren’t to blame for you not getting into a prestigious university – you are.

Everything lands squarely on your shoulders. And the beauty of accepting that truth means you also have the responsibility and power to change things.

So listen, maybe Sarah did forget to meet a deadline that caused sales to take a nosedive. By now we realize that we could have jumped in and asked her if she needed a hand.

And maybe Billy was the one who left the tap running. I could have turned it off.

When we begin to accept responsibility for everything. It’s a game-changer.

Final thought…if you aren’t already getting my weekly Thursday emails packed with humorous anecdotes and travel hacks, take responsibility right now and sign the hell up! Go off to the side to Join the Tribe.

Very true. It’s just liberating to acknowledge that all is in your hands. Well put and love your vocab. Was taking notes. I have subscribed though and haven’t received any anecdote that would crack me up. Have I missed something?

Hi Sonia. Agreed, knowing that you have the power to change things is pretty powerful. As for my weekly email, sometimes it goes straight into a promotion folder, especially if you are using Gmail. But eeeish…too much pressure now to “crack you up!” How ’bout I at least strive to make you think…well, that wasn’t a total waste of my time. ?? 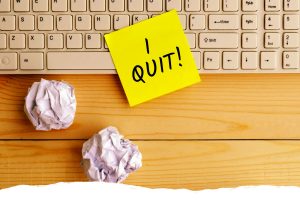 When to Pivot vs. Pull the Plug – The Truth About Quitting

Pain is temporary. Quitting lasts forever Lance Armstrong It’s always too early to quit. Norman Vincent Peale If you quit once, it becomes a habit. 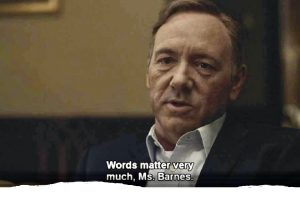 How to Use Words More Powerfully When Selling Travel

As Kevin Spacey’s character says to the young female reporter in Season 1, Episode 1 of House of Cards… “Words matter very much, Ms. Barnes.”

Seven of the Best Entrepreneurial Podcasts to Download in 2021

It’s that time of year where not only are we wrapping up gifts for under the tree, but we are also looking at wrapping up

Five Recommended Books That Will Improve Your Life in 2021

To be completely frank, narrowing down this list to only my top five has been a lesson in ancient water torture. Okay, maybe I’m slightly