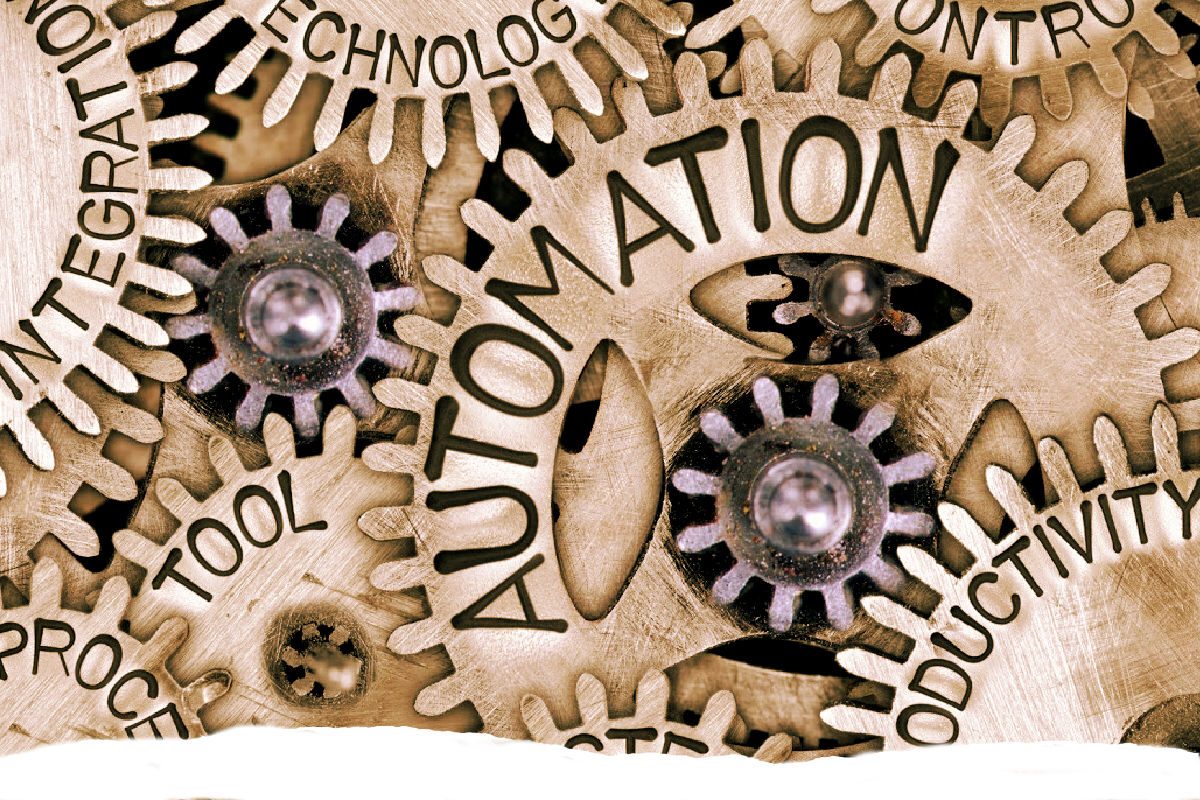 How to Stop Wasting Time By Using Automation

Ever wonder how some people manage to get so much done when you barely have time to shower, and your To-Do list looks like the floor of a 13-year-old girl’s bedroom? Or maybe the floor of YOUR bedroom?

Truth is…those other people could be pulling a warm, cozy turtleneck over your eyes, and chances are, they are as scattered as you are, just better at covering it up. We all struggle with overwhelm and trying to get all the things done we need to.

But you can employ tools to give you a better fighting shot against the crushing swamp of tasks in front of us.

I learned about the rewards of automation from Michael Hyatt in his book “Free to Focus.” It was a life-changer for me, so I wanted to share.

When it comes to time management practises, there are four types of automation; habitual, process, template, and tech automation. I wanna break them down. I swear, once you start putting these ideas into practice, you won’t believe how much extra time you’ll have on your hands.

Habitual automation is centred around the concept of building good daily habits. We’ve all heard about the value of putting yourself on cruise control. This is when a pattern becomes so rote that we don’t even have to think about it any longer. This frees our minds for big thinking. In Charles Duhigg’s bestselling book aptly entitled, “The Power of Habit,” he explores just how vital it is to build habits for our success.

It’s sort of like brushing your teeth and washing your hair. You have been doing this since you were two-years-old. They have become so routine that you could probably do them blindfolded. Have you ever been showering, completely lost in thought, and can’t remember if you are at the shampoo cycle or is it time for the conditioner? You realize you’ve been completely zoned out.

An excellent place to start forming habits is to choose just one or two that will offer you the biggest wins. Don’t be tempted to bite off too much, even if you feel like you can handle more. Trust me. It’s a layering concept.

Maybe mastering your health is at the forefront of your agenda. Committing to a seven-minute workout every morning could be the habit that speaks to you. It’s essential to anchor your routine against something you already do. That way, the already established practice becomes the trigger for your new habit.

And in the beginning, when the task hasn’t become a habit yet, each task may need a little help. In the case of that seven-minute workout, have your t-shirt and your sneakers ready and waiting by the foot of your bed. Okay…maybe toss in some sweats – we don’t want to freak out your neighbours.

When I first set about establishing my habits, I had to set iPhone reminders to help me remember the next steps. I had labels on each alarm. It took me about six months before I no longer needed to rely on the alarms, but it did happen.

The twenty-one day rule is not a rule

Habitual automation is a significant contributor to keeping me on task and committed to getting things done. And a word about the twenty-one-day rule. Popular ideology would suggest that it takes twenty-one days to build a habit. Meh…I’m not sure I believe that, nor do I believe the real experts do either. Twenty-one days is just a nice rule of thumb, but truthfully, the easier the habit, the shorter it takes to adopt. The more challenging or out of your realm of normalcy the habit is, chances are, it will take longer to solidify.

I’d recommend gamifying it if you can. Once you get going, don’t allow yourself to break your chain of habit under any circumstance. I love this quote from Warren Buffet…

Process-oriented is the second type of automation. Any task you find yourself doing more than three times needs a process built around it to shave off time.

Think about your inbox. If you are like me, I sign up for every 10% off introductory email I can. Pretty soon, that little number to the top right corner of your mailbox icon is like a Russian gymnast’s score at the Olympics. 101010101010. Who wants to sort through that?

It would be better to set up rules to direct those emails into a folder that I have to go looking for. I find this easier than having to unsubscribe – that can take too much time, not to mention it draws away your focus. And you don’t have to deal with the awkward, “ Tell us why you no longer like us” prompt afterwards. Ugh…no thanks. Breaking up with a bad boyfriend is hard enough.

Most of you reading this are probably travellers or, at least, wannabe world travellers. Instead of staring at your wide-open suitcase, wondering just what you’ll pack this time and then feeling full of dread that you’ve forgotten something, why not build packing lists: what a time saver and sanity keeper.

There are honestly so many examples I can think of. Just take a few extra moments one time to set up your process, and then you can save multiple hours later on by implementing the strategies.

Templates are a godsend. We all have those emails that we tend to respond to in the same way over and over again. The “No, thank you, I’m not interested” email, or maybe there is something specific to your job that you send repeatedly.

Before I learned the concept of template automation, I would sit and rethink how I would compose each and every piss-off email in such a way that was full of kindness yet clear that I wasn’t interested and that I wasn’t open to further communications. With a click of my mouse, I opt for the email signature that I’ve composed one time, I change up a few words depending on the recipient, so it doesn’t come across too formsy, but then I hit send. This example of template automation has saved me hours over a year.

Another way I use template automation is in how I set up recurring lists of popular hashtags. I use an app called “Preview” that allows me to set up as many groups of hashtag lists as I want. I have personally curated three weeks’ worth of hashtag sets, each consisting of twenty per set. This leaves me a buffer to add in up to 10 really ultra-specific hashtags per post.

My point is there are so many opportunities to save time with templates. Take a moment and see how many places you could adopt templates.

And finally, tech automation. Smartphone apps would fit into this bucket. After all, “ There’s an app for that!” Current stats show that there are almost three million apps available to make our lives easier. It’s addictive.

And even just the processing power of a smartphone is ridiculous. I know, for sure, that I don’t use every function available to me, but I should. My favourite at the moment is the Text Replacement feature. Hallelujah. I use it all the dang time.

The best advice for apps is to remain flexible and be open to breaking up with an app if it’s not working for you.  Forget what other people say.  Everybody works differently.  I felt that way about MyFitnessPal. Turns out, calorie counting and logging how many potato chips I’ve eaten every day just ain’t my thing. But on the flip side, I could not live without Evernote, Trello, Google Calendars, Google docs, Todoist and a host of other handy apps. My entire life seems scheduled by apps, and I don’t mind. It’s more cost-effective than hiring a personal assistant. And the added bonus —  I’m not met with any raised eyebrows or judgemental looks.

That’s my take on automation and just how valuable it can be as a time management tool. I hope you found this useful. If you did, please forward it on.

But for me…I think I’ll grab those bonbons now, along with my glass of Malbec, elevate my feet and call it a night.

Oh wow! This was the post I didn’t know I needed! Glad I bumped into your blog!

I’m so glad you did too. Thanks for taking the time to leave a comment Iris.

Wow this is a really great post! I especially loved the email rules. I am one of those people that do wonder how others can get so much done in a day! You have some great guidelines to help manage your time better and more productively. Such a refreshing reminder of how to shave some time off our day! Thanks so much for the amazing tips! I am definitely going to be bookmarking this for future reference!

That’s great to hear Bren. Thank you so much for stopping by.

I am always looking at ways to be more efficient – great ideas!!

I have a couple of ideas always up my sleeve. Thanks for the feedback, Sue. I’m glad you found the article helpful.

I am totally for automation. Could not agree more with you. Though I’d never thought about habits as a kind of automation. But of course they are. Process, template and tech automation are so important to be more productive. I would even say that they are survival tools for me. Could not handle my job and my blog without having processes, apps, scheduling tools and so on.

Thanks, kindred spirit. I will say it takes a bit of practice to dial the habits in but once they are there…such a game-changer.

Life is so crazy busy and I agree that we should try to auto as much as we can so that we have more time to enjoy life.

So true yet it’s so easy to get behind doing manual things that could be done more efficiently. Thanks for leaving a comment Stephanie. I really appreciate that.

Great post Diane. I often feel overwhelmed especially with the aspects social media and effective online presence. I’ll try to explore some of your ideas more and see where it takes me.

Good luck Sonia and you know you can reach out at any time.

Well, in that case, I’m happy to have been able to shed some light. Thank you for your feedback.

Aw, thanks, Helen. I really appreciate that. 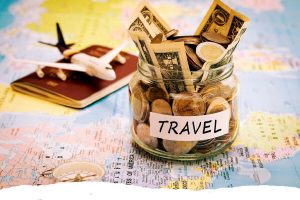 It was 5:30 in the morning…standing beside the baggage claim area at Gatwick airport in London. My colleague and I had just gotten off a 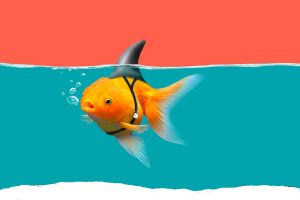 Building a Better Mousetrap in the Travel Industry

and Swimming Away From the Noise Blue Ocean Strategy – have you heard of it? No, it’s not some eco-project with aspirations to save the 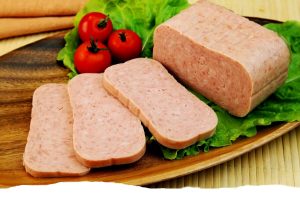 If a tree falls in a forest and no one is around to hear it, does it make a sound? Does an email that goes 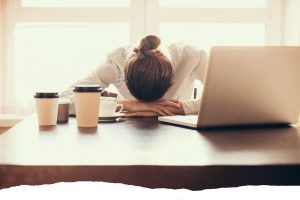 How to Avoid Common Mistakes When Starting Your Travel Business

I thought I’d share some of my biggest mistakes so far in launching my travel business. Why? Nobody wants to play the role of the