I can almost hear my editor sighing as she begins work on fixing up this week’s nasty typos and grammatical gaffes. Yes, I have a trusty proofreader who, as long as I keep her supplied with Cab Sauv and free tech support, she agrees to give all my blog posts a once over before I hit publish. She doesn’t want me looking like a complete fool either – thank goodness. The problem is, I tend to get my copy to her in the eleventh hour every Wednesday night. It’s always the same dang thing. Friday mornings, hand on heart, I solemnly promise that this week, things will be different.

But it never is.

Like clockwork, Wednesday nights have me hunched over my computer keyboard, feverishly writing until the point I stick my fork in it and hit send with the “please forgive me emoji ?” firmly tagged onto the subject line. ?  Mwah! Thank you, dear proof-reader!

My name is Diane. And I am a procrastinator.

According to Psychology Today, a very respected news source, only 20% of the population identifies themselves as chronic procrastinators. To that, I say….Bullshit! Either that or 78% of the people surveyed are a bunch of big, fat, liars.

So, if for no other reason than to maintain my 10-year relationship with my bestie and proofer, I decided that this week, I would endeavour to tackle this ugly beast called procrastination. As I mentioned, I don’t for a second buy that I suffer alone. This research could be groundbreaking for both of us. Why not share? What do you think? If we are born procrastinators, will we die procrastinators, or is there a cure for this affliction?

Here are the highlights of what I learned. I’ve distilled only the best bits for your reading pleasure or at least the bits of advice that made me chuckle – carefully procured just for you.

The premise with this nugget of advice is that as long as there are worse things hanging out on your ToDo list, what you need to get done won’t seem so ominous? Ever notice how many mundane tasks you manage to accomplish whenever you have something really important to do? Tasks you would never normally give a second thought, all of a sudden, start to get crossed off the list? Items such as:

All you have to do is add an even bigger crappy project to your ToDo list, and the next thing you know, your task doesn’t seem so daunting now. Oh, I dunno…maybe you could add – Prep Tax receipts for 2021? It’s a mind trick. See how clever that is? ?

Eat the frog (first thing in the morning, preferably with a side of toast)

This is a Brian Tracy classic tidbit of wisdom. Tracy wrote an entire book on the art of frog-eating that sold like an InstantPot on Black Tuesday. The premise of the 144-page quick-read is simply to do the thing you dread most, first. That’s it. By the way, I’m a massive fan of Brian Tracy. I’ve read many of his books, and while this advice seems to have worked for many people, I think the hardcore procrastinators like me may still struggle with its simplicity. It’s like saying…don’t do anything else until I get the worst thing out of my way. But then the day comes and goes, and now I’ve accomplished nothing. – not even organizing my bookshelf alphabetically and chronologically.

No, not Nike but rather, the 5-second rule offered up by Mel Robbins. This is another simplistic approach to an age-old problem. Mel Robbins is currently the third-highest paid motivational speaker in 2020 according to legit.ng. Robbins suggests that when faced with having to do something deplorable, all you have to do is count down backwards from five and then just get up and do it. Huh! ?

Again, I love Mel Robbins, and I love listening to her speak. Check out her TED talk if you get the chance. There’s a reason why it’s received 25 million views. It makes you feel good. I read her book at least two years ago, yet here I sit, typing by candlelight, trying to get this piece out the door. And it’s not like I’m that tough of a nut to crack. I would not call myself a die-hard procrastinator. I mean…I get a lot of stuff done. I really do. But the idea of just “willing” yourself to do things by giving an artificial timeline of five seconds seems a wee bit elementary for me to swallow. If this advice actually worked, can you imagine how productive the entire world would be? 5, 4, 3, 2, 1. Bammo. ? There would be no more unpaid parking tickets, unmade dentist appointments or unwritten term papers.

Chunk things down into widgets

Okay, this one kind of makes sense to me, and I can see how it could work. It’s a piece of advice that comes straight from David Allen’s “Getting Things Done.” He surmised that people actually like to get things done. Allen suggests that the grand majority of people prefer to crawl under their covers at night, knowing that they accomplished something. I suppose this has a lot to do with the reasons why a ton of non-essential crap ends up getting done when a big project deadline is looming. People fool themselves into thinking…Okay, I might not have finished THIS, but I finished THAT – see…that proves I’m a good person. These non-essential items are a lot like widgets. They are easy to do and take very little mind-power. And what’s great, you can often get a whole slew of them done in one go leaving you feeling very good about yourself.

Just think about this a bit more. Isn’t your inbox filled with widgets right this very moment? Isn’t every email essentially a widget? And as long as you can either forward it, respond to it, file it or delete it…don’t you feel like you’ve accomplished a ton? You feel a sense of accomplishment as your inbox slowly dwindles – nevermind the fact that it replenishes itself at a ridiculously quick rate. But still, the point is, each widget gets done because it’s a widget.

It was the concept of widgets that was behind Henry Ford’s revolutionary idea of the assembly line. He deduced that if he broke tasks down to widgets and gave every man one separate task to accomplish over and over again, then the sum of all the widgets would produce a top-quality automobile. And it worked! I don’t think any of the auto workers in Detroit suffered from procrastination. They knew what they had to do, and they did it….one widget at a time. There was no online shopping happening at the Ford plant in between attaching brake callipers.

So there just might be something Allen’s suggestion to break things down into small tasks. Could widgets really be the answer?

Pulllleeeasee….. As soon as I find these Himalayan Yetis, aka non-procrastinators, I’ll let you know. I don’t know any. WAIT! Maybe that’s the crux of my problem! (sigh)

For the most part, after researching a multitude of online articles and books on the topic, many of the tactics seemed like they’d be better suited as decoration on toilet paper. Most of what I read failed to address the core reasons why people procrastinate in the first place.

Not knowing where to begin

To this issue, I suggest asking yourself, but what if you did know where to begin? What would that step be?  Sounds nuts, but often, we overthink things. This year, I can’t tell you how many times I was paralyzed out of fear of making the wrong first step. That was until I began to study the Kaizen Way.

The Kaizen Way is similar to David Allan’s approach to breaking tasks up into small widgets, but it’s less about which widget comes first and more about just taking a step. It may be the wrong step, but it’s no matter. As long as it’s a step, followed by another step and then another, the task we most dread will get done.

If we are honest with ourselves, the number one reason we all tend to procrastinate from time to time is fear of failure or looking like an idiot.

I’ve been doing most work on the fear of failure. I’ve begun to detach myself from the outcome. I found that often, I would put tasks off because a part of me was afraid of releasing them into the world, potentially facing judgement and ridicule. But I can’t control what people think of my work. You might hate my writing style. And I’m slowly beginning to be okay with that. But it’s certainly been a process.

And with that, I leave you with the one quote that I have found has been the most impactful in my quest for quelling my tendency to procrastinate:

I solemnly promise, hand on heart, that this week, things will be different.

What is your best productivity or anti-procrastination hack that you can share? Please leave it in the comments below. And if you haven’t signed up for the weekly newsletter, don’t procrastinate. Why not do it now? ? You’ll be glad you did.

I’m pretty sure you are not such a procrastinator as you may think. Busy and ambitious people tend to feel that way but in the light of everyday tiny or bigger or whatever accomplishments, I’m convinced that we actually tend to do more than we think. Keep up the great work and look forward to your next , written on Wednesday night, post 🙂

? Thanks for your encouraging words Sonia. Yes, I suppose you are right. It is so easy to forget all the things that did get done. I mean…I do have one very organized spice rack. ? 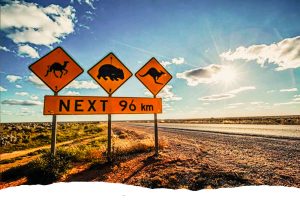 “We Found a Better Price on the Internet; Can You Match It?”

Anyone who has been a travel agent for any amount of time….say they started a hot minute ago, will have heard the following phrase at

How to Build Your Personal Brand in the Travel Industry

Ahhhh, the life of an influencer. Hanging out at Coachella, sipping Moet & Chandon Rosé on a yacht off the Mediterranean coast, private jets, Gucci,

The Secret Weapon You Need to Know For Your Travel Business

Human beings have always been cautious social animals. “To boldly go where no man has gone before,” might be a catchy tagline for the Starship

The Secret Strategy for Getting What You Want; Ask

“I was wondering if I might be able to get a Venti for the price of a Grande?” I asked. “Ummmm, no.” was the attitude-ladened